World Antimicrobial Awareness Week (WAAW) again takes place from 18 to 24 November. Through initiatives across the global health landscape, it aims to raise awareness of the problem of antimicrobial resistance (AMR) by encouraging best practice in the use of these drugs among the general public, health professionals and policy makers. ‘Spread Awareness, Stop Resistance’ is the theme chosen for the 2021 edition. 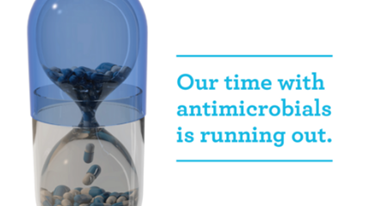 Alexander Fleming won the Nobel Prize in Medicine in 1945, maintaining that “the thoughtless person playing with penicillin is morally responsible for the death of the man who finally succumbs to infection with the penicillin-resistant organism.” With this provocation, the medical luminarybrought to the attention of the general public the issue of antibiotic resistance, i.e. the phenomenon determined by the adaptation of certain micro-organisms that have acquired the ability to survive or grow in the presence of a given concentration of antimicrobial drug/agent which is generally sufficient to inhibit or kill micro-organisms of the same species.

As such, when treated with the antimicrobial, resistant microorganisms have a selective advantage enabling them to multiply, prevail over others and, in the case of pathogenic microorganisms, cause damage to the host, resulting in a disease that is difficult or impossible to treat without other effective antimicrobials.

Over the years, the phenomenon of AMR has reached such proportions that national and international health organisations consider it a priority problem for global public health. For this reason, the spread of knowledge and correct information is an essential prerequisite for raising awareness about a more informed and appropriate use of these drugs. To this end, it is essential to involve both specialists working in the field (doctors and other health workers, veterinarians, pharmacists and scientific societies) and the general public, especially specific targets such as schoolgoers, teachers, parents, but also animal breeders and/or farmers, whose awareness and training on the subject can help preserve the effectiveness of these drugs over time.

Indeed, if on the one hand beliefs, attitudes, habits and incorrect behaviour regarding the prescription and use of antimicrobials strongly influence their consumption, on the other hand the numerous gaps in public perception of the problem fuel the confusion and knowledge deficit surrounding the phenomenon.

In this regard, a survey commissioned by WHO involving over 10,000 people in 12 countries between September and October 2015 revealed a widespread lack of knowledge and adequate perception of the public health significance of antimicrobial resistance (64% of respondents said they were aware that antimicrobial resistance was a health and social problem, but did not know how to address it; the same percentage believed that antimicrobials can be used to treat colds and flu; 32% considered it appropriate to stop taking antibiotics when symptoms improve rather than completing the treatment prescribed by a doctor, while 73% of respondents believed that farmers should give fewer antibiotics to productive livestock).

Improving understanding and awareness of the phenomenon through effective and structured training interventions, which is also a priority objective of the WHO Global Plan of Action on Antimicrobial Resistance, is therefore an essential and unavoidable necessity.

Furthermore, according to the recent analysis of the Organisation for Economic Co-operation and Development (OECD), infections by super-bacteria could cause around 2.4 million deaths in Europe, North America and Australia between 2015 and 2050 if efforts to stem the spread of antibiotic resistance are not intensified.

Italy, in particular, is one of the European countries with the highest levels of AMR, consistently higher than the European average, and with an elevated consumption of antibiotics (in 5th place, ECDC ESAC-Net data). Most of these infections also involve high mortality (up to 30%) and the ability to spread rapidly within healthcare facilities, causing intra- and inter-hospital epidemics. The problem of the widespread lack of awareness of antibiotic resistance in Italy is even more significant if we consider that, according to Eurobarometer, the Italian population is among the lowest-ranking in terms of knowledge and awareness of the subject.

In order to improve public understanding and awareness through effective and targeted communication, the World Health Organization, recognizing AMR as a complex problem that can only be addressed through coordinated multi-sectoral interventions, promotes a One Health approach, put into action in 2015 with the approval of the Global Plan of Action to Counter AMR through collaboration with FAO, OIE and UNEP. The One Health vision has also been supported by G7 and G20 leaders and has been internalised in the National Plan to Counter Antimicrobial Resistance (PNCAR 2017-2020) and included as a public health priority within the National Prevention Plans 2014-2018 and 2020-2025 and by the various regional transpositions of the Plans currently under evaluation and approval.

More than ever before, it is necessary to take action to spread awareness of the phenomenon, and it is therefore is fundamental to consider which actors should be involved in the process of disseminating information and good practices.

At the same time, it is deemed necessary to implement practices to educate the citizen to adopt responsible behaviour (for example, through initiatives such as the use of blister packs with a specific number of tablets based on the duration of treatment, or a consumer-guide provided by the pharmacist, as already happens for other medicines which require additional monitoring).

With this in mind, the World Antimicrobial Awareness Week - WAAW is being held again this year, encouraging One Health stakeholders, policy-makers, healthcare professionals and the general public to become leaders in antimicrobial resistance awareness activities.

Vaccinarsinsardegna.org wishes to take this opportunity to remind users that, alongside the proper use of antimicrobials in both humans and animals, Vaccinoprophylaxis must be included among the preventive actions available. Indeed, thanks to vaccination, it is now possible to prevent various viral infections, thereby decreasing the inappropriate administration of antibiotics, as well as many diseases caused by bacteria, including Multi-Drug Resistant (MDR) microorganisms, towards which antibiotics are ineffective. Vaccines, moreover, on the basis of their extraordinary ability to prevent infectious diseases, reduce the number of carriers by indirectly protecting from infection even those who cannot be vaccinated (herd immunity). Furthermore, the combined use of certain vaccinations, by reducing the total number of infections of certain bacterial strains (acting on both susceptible and non-susceptible bacteria) or bacterial groups, can moderate the need to subject individuals with a certain symptomatology to antibiotic treatment. Vaccination for childhood bacterial meningitis against pneumococcus, haemophilus influenzae and meningococcus, for example, greatly reduces the use of antibiotics in childhood, as paediatricians are aware that they are more likely to be faced with an infection of viral rather than bacterial origin in the case of fever and other general symptoms, and as such do not require antibiotics.

In the national and international panorama, numerous social campaigns have been implemented for this occasion (https://www.who.int/campaigns/world-antimicrobial-awareness-week/2021#) with the leitmotif: "Spread Awareness, Stop Resistance", in the hope that the explosion of the digital era, in this phase of limited in-person contact, will allow health workers to reach as many users as possible in order to raise awareness and share this health protection message.

Below is a link to the material prepared worldwide to mark the occasion:

Attached is a photo gallery of the main posters and iconography designed for this occasion.